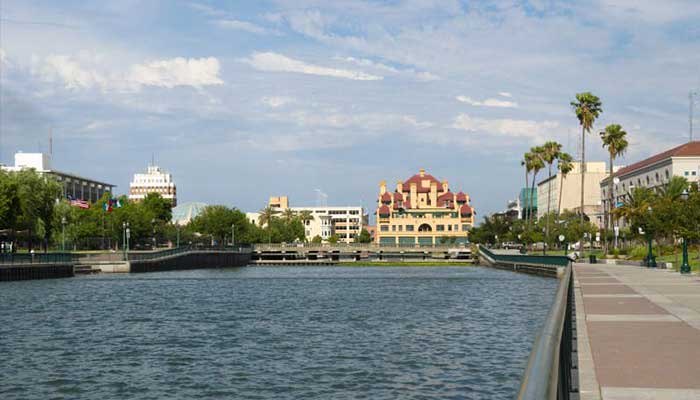 Stockton is one of the more colorful cities sitting just outside of the Sacramento area. We enjoy the time spent in this city because of the amazing people and generous attractions.

Every technician from Stockton will provide prompt, friendly, and neighborly service. They’ll be quick but thorough and leave no mess behind once the stairlift is installed.

You're just a few clicks away from receiving your FREE Stockton stairlift estimate! Begin your estimate below.

If you want a stair lift that will ensure comfort and easy access, the Bruno Elite SRE 2010 is the one to consider. It is not only attractive to look at, offering a stylish design that’s sure to blend with your home’s unique aesthetic, but it is simple to use with its control on the armrest and two wireless remote controls. With its many fabric and color options, plush padding, and larger seat and footrest, it’s the go-to for many of our Stockton area customers.

Areas We Service in Stockton

Fun Facts About The City of Stockton

The city of Stockton was founded in 1849 by Captain Charles Maria Weber, and it is named after Robert F. Stockton, who was a military governor of California, United States Senator from New Jersey, and a Navy commodore involved in capturing California during the Mexican-American War. Stockton was the first city in California that was not given a Native American or Spanish name, although it was originally inhabited by the Yatchicumne branch of the Yokuts Native American tribe.

Located in the San Joaquin Valley and on the San Joaquin River, Stockton was built during the California Gold Rush. It became a river port and hub of roads leading to gold settlements in the region. The area experienced an influx of Chinese immigrants who fled China due to economic and political upheaval with the hope of discovering gold.

In the subprime mortgage financial crisis of 2007, one out of every 30 homes in Stockton was set for foreclosure – more than any other city in the United States. During that time, the median home price decreased by 44%. As of 2019, the median home value is about $303,200, the median rent is $1,600, and an estimated 320,554 people call Stockton home.

For those looking for fun things to do, Stockton has multiple venues for cultural activities, including an opera, a symphony, and an arena that hosts live music events. The city is also home to the Bob Hope Theatre, the Haggin Museum, the 18-acre San Joaquin County Historical Society and Museum, the Filipino American National Historical Society, and the Stockton Field Aviation Museum.