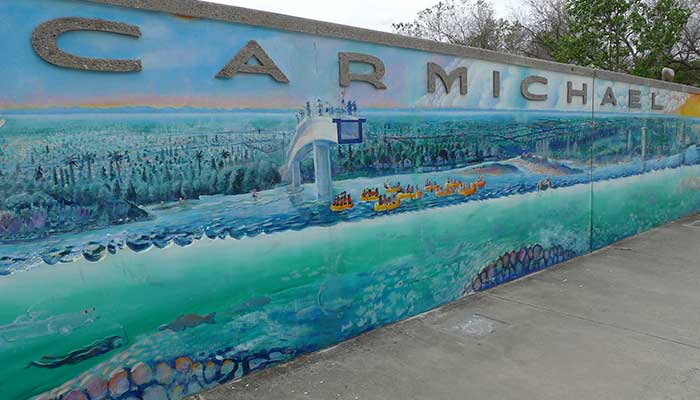 Near the state’s capital, Carmichael is a wonderful addition to the Northern California area providing culture and history.

Every technician from Carmichael will provide prompt, friendly, and neighborly service. They’ll be quick but thorough and leave no mess behind once the stairlift is installed.

You're just a few clicks away from receiving your FREE Carmichael stairlift estimate! Begin your estimate below.

Our Most Popular Carmichael Stairlifts

For those of you who are not interested in cookie-cutter designs, Bruno Elite CRE 2110 may be for you. It's Bruno's signature stairlift, built to your specific needs, customized for the unique design of your home. The Bruno Elite’s flexibility makes it one of our most popular stairlift options in the Carmichael area.

Bruno’s best selling, American-made straight stairlift – the Elan SRE 3050. The Elan blends style and functionality for a stairlift that is remarkably easy to use. It has a narrow vertical rail design that makes it perfect for narrow, high-traffic stairways. There’s plenty of room to get around this lift when it’s installed. Incorporating updated technology, styling, and ergonomic features, this chair lift is the first choice for homeowners in the Carmichael area who value both form and function.

How Well Do You Know Carmichael?

The population of Carmichael is roughly 62,000, and the suburb is one of the most popular in the Greater Sacramento area. Essentially established as a Mexican land-grant colony by American Daniel W. Carmichael in the 1880s, the city is one of the oldest in the area.

The area initially consisted of one 2,000 and one 1,000-acre lots of land just northwest of Sacramento, and once the state of California was lost to the United States during the Mexican-American War, the area surrounding Carmichael and Sacramento was flooded with settlers from the East Coast. The city was officially established in 1909.

Many of Carmichael’s residents are employed by the city or state, as well as companies and organizations such as Intel, Dignity Health, and the San Juan Unified School District. Carmichael is one of the area’s most desirable cities, and the average home price is around $414,000, making the suburb one of the most affordable in the area. This is considerably lower than many California cities, such as San Francisco and Los Angeles, and many residents choose to settle in Carmichael due to its reasonable cost of living and mild climate. The median household income is approximately $47,000.

Carmichael is the perfect city for nature-lovers, primarily because most of its main attractions are outdoors. If you are ever in the city, be sure to check out the following locations:

The city also houses many other botanical gardens, biking trails, and parks.