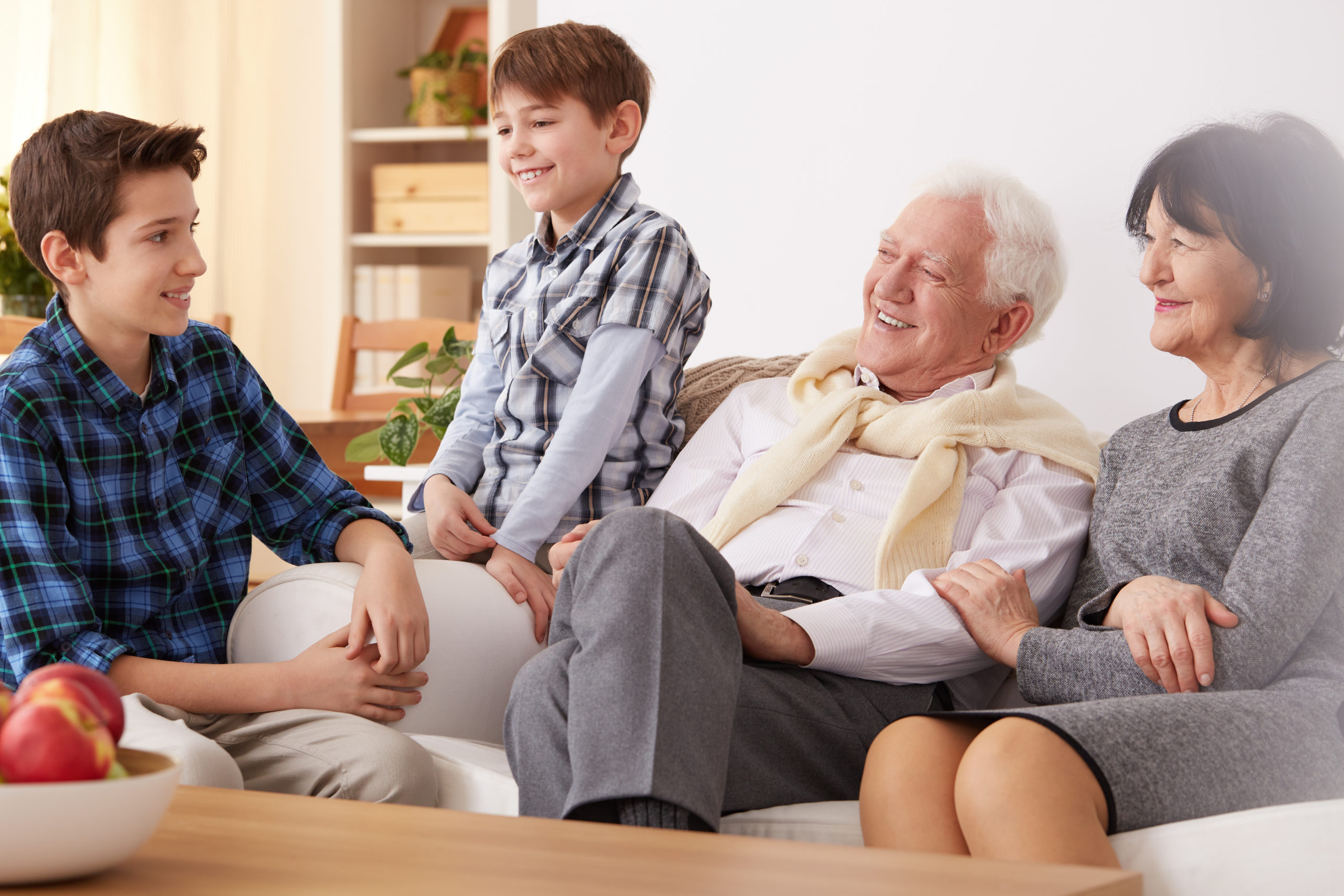 Despite the fact that 80% of all people 65 and older are grandparents, it’s no secret that some grandparents are more involved in their grandkids’ lives  than others.

What is the importance of grandparents to their grandchildren? This is a relationship that’s difficult to quantify in statistics but one that’s easy to see in the day-to-day.

If you have grandchildren you likely know how strong the bond between a grandparent and grandchild can be. Grandparents provide their grandchildren with an opportunity for a close relationship. They can pass on their family history and heritage, offering a unique perspective that can be transformative in a child’s life.

Not only that, but grandparents can provide financial support and childcare, among many other types of assistance.

Grandparent-grandchild relationships are some of the most important – here’s why.

A Brief History of The Grandparents’ Role In America

In colonial times, grandparents, chiefly grandfathers, had complete economic and social control over the younger generation of the family, primarily through land ownership. Even married children and grandchildren remained dependent on the patriarch for financial support.

Today, many grandparents live with their grandchildren and children. That was not the case in the colonial and post-Revolutionary periods, when this sort of arrangement indicated that the older members of the family were sick, incapacitated, or widowed.

It became much more common for Grandma and Grandpa to live with their grandchildren after the onset of the Great Depression. This remained prevalent until the mid-1900s when things like Social Security and private pensions made it possible for most elders to live on their own.

Throughout history, grandparents have played a major role in their grandkids’ lives. Even when they weren’t serving as the primary caregiver, grandmothers and grandfathers were invaluable family members who provided love, encouragement, and help as needed.

What Grandparents Do For Their Grandchildren Today

Why exactly are grandparents so important in their grandchildren’s lives?

Together, 50% of US grandparents provide some sort of financial assistance, while 39% provide childcare. Another 31% help with housework, errands, and home repairs.

Some grandparents, of course, provide intensive, and sometimes even full custodial, care for their grandchildren when the parents are unable to do so.

Many grandparents act as a financial safety net, helping with everything from food to vacations, school expenses to college savings. Sometimes that’s because families need that sort of assistance – and sometimes grandparents just want to dote on their grandchildren.

Grandparents can provide emotional support and friendship. They can offer child care and even advice (in very specific cases!) to parents when it is asked for and needed.

The impact of grandparenting is major, for both grandparents and grandchildren alike.

For older generations, the connections with grandchildren allow them to be exposed to different ideas (something that otherwise might be limited). For grandkids, grandparents offer life wisdom that can be put into practice as they become adolescents and navigate the challenges therein.

Whether they’re doing it directly through their advice or indirectly through storytelling, grandparents have a wealth of experience that they are able to pass on to their grandchildren.

In fact, research shows that strong connections between grandchildren and their grandparents can reduce depressive symptoms in both groups. Close grandparent and grandchild relationships tend to be an indicator of strong family ties overall.

Other research has demonstrated connections between strong grandparent-grandchild relations and prosocial and adjustment behaviors among kids. That translates to fewer behavioral and emotional problems and fewer difficulties with peers. This could help kids weather the challenges of life easier, such as parents’ divorce or bullying in school.

Grandparents are often seen as kids’ greatest supporters, watchdogs, and stress-relievers – and much of that relationship is reciprocal, too. And as people live longer, these bonds become even more important.

Family structures are complicated, but in the United States especially, there is an increasing need for grandparent care.

Reliance on grandparents is increasing due to some of the following factors:

Custodial grandparenting is on the rise, too. In 2016, a whopping 2.7 million grandparents raised their grandchildren, an increase of 7% in less than a decade. This is common when parents face drug issues, incarceration, or mental health problems.

Not only that, but more people than ever are turning to grandparents to help out because parents are working more hours than ever before. US women in particular are more likely to work full-time than they were in the past. According to the Bureau of Labor Statistics, the number of women with children under age three working rose to 65% in 2016, at an all-time high when compared to just 34% in 1975.

Families need help – and what better person than a grandparent to do it? There’s so much wisdom and unconditional love to tap into!

Boundaries As A Grandparent

As a grandparent – especially a new one – it can be tough to figure out how much involvement is appropriate.

To figure out what your boundaries should be as a grandma or grandpa, ask yourself the following questions (and then chat with your children and grandchildren about which things are important to them, too):

What Grandparents Should Not Do

Ultimately, remember that Mom and Dad are boss. When you’re setting boundaries and figuring out plans, it’s important to remember that the parents are the ones in charge. Unless you are the primary caregiver for your grandchildren, it is the parents’ job to raise them and not yours.

Always abide by the routines and rules set by the parents and don’t offer advice unless it’s asked. This can lead to family conflict that will strain your relationships with everyone involved.

Don’t give up aspects of your life that you enjoy just because you became a grandparent. If you don’t want to babysit, you don’t have to. If you wind up paying for things that you really can’t afford, ask for a reimbursement. You need to consider your own physical, mental, and financial well-being.

Grandparents should not discipline children unless there is a very pressing need to do so. For example, if there is an issue related to abuse, unhealthy relationship patterns, or dangerous habits, it may be necessary to intervene. When safety is at stake or the parents are not present, you may need to step in to redirect a child’s behavior.

In most cases, though, you should talk to the parents first to see if you can work out a solution that benefits everyone involved.

How To Work Together

Practice clear communication with the parents and grandchildren and remember that families can change in so many ways.

Grandchildren get older – and inevitably, turn into adult grandchildren – and their needs and interests change. Parents divorce, get new jobs, or return to work after family leave. Your life, too, might change, whether because of work, new friendships, your hobbies, your health, or many other reasons.

You may find yourself spend more or less time with your family or providing extra support during difficult times. That’s okay! Be willing to communicate with the parents and revisit your role as a grandparent often.

That way, everybody will get what they need, want, and deserve.

When it comes to the benefits of grandparents in their grandchildrens’ lives, it’s not all about Sunday dinners and extra treats.

They can be playmates, mentors, nurturers, and historians.

They can be role models, spiritual guides, teachers, caregivers, and perhaps most importantly, students themselves.

When grandparents take the time to heed boundaries while still being actively involved in their grandchildrens’ lives, they can benefit in big ways.

The importance of grandparents to their grandchildren is so significant that it can’t be broken down into bullet points and statistics – yet if you’ve ever had grandchildren yourself, it’s a bond that you likely are well aware of.